Attention Digital India!!! Be More Careful With Your Cards 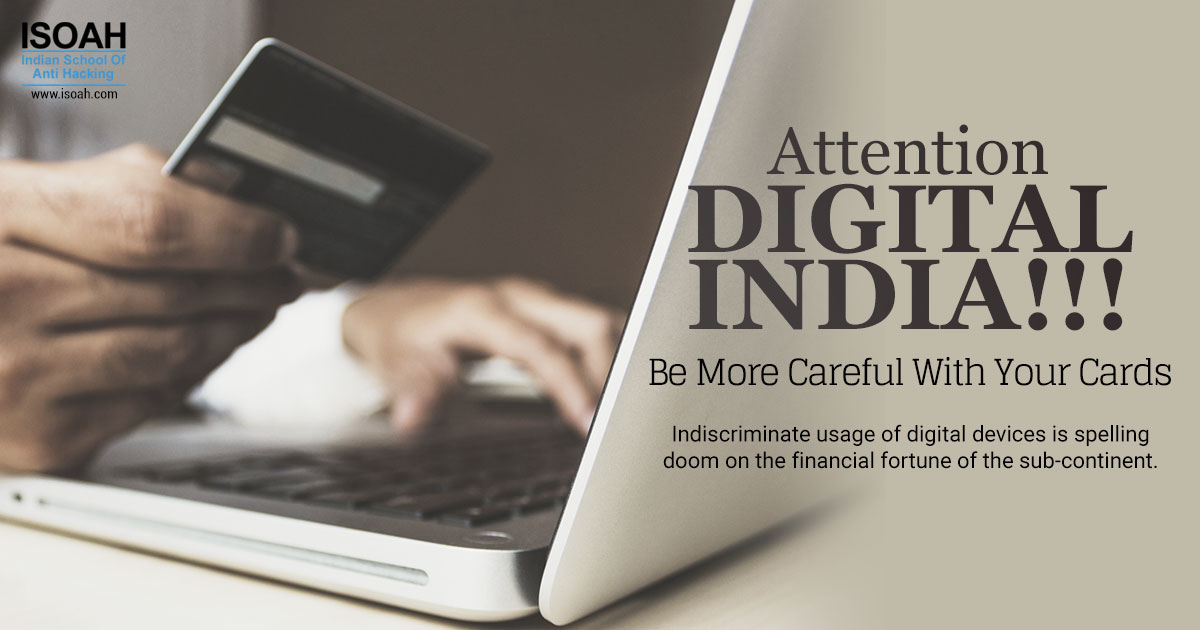 Indiscriminate usage of digital devices is spelling doom on the financial fortune of the sub-continent.

Can you make sense out of the above?
I guess you cannot.
Let's elaborate.

Well, this the code by which a database of 461,976 payment card records which are currently on sale on Joker's Stash, a popular underground cardshop in the dark web, has been enlisted.

Group-IB, which is a Singapore based cyber security company which specializes in preventing catastrophes in the virtual world, is behind the discovery. It says that over 98% of this database on sale was comprised of cards issued by Indian banks.

The card records were uploaded on the 5th of February. The total estimated value of the database according to Group-IB, is USD4.2 million, at around USD 9 a piece. Till a while ago 16 cards details were found to have been sold.The buyers of these cards are aimed at wrecking havoc in the national economy through financial frauds.

Group IB has further said that the card breach has "exposed card numbers, expiration dates, CVV/CVC codes and, in this case, some additional information such as cardholders' full name, as well as their emails, phone numbers and addresses."

According to Group IB these cards were most probably compromised online, the assumption being supported by the set of data offered for sale.

Irresponsible usage of plastic money without thorough knowledge of safe online transaction has been the reason behind such financial vulnerabilities.

ISOAH is the anti hacking auditing organization which works against cyber compromises to protect online data.

Read on to be a cyber security expert yourself: www.isoeh.com/ceh.html.