Hacking Onslaught Leads To Mixcloud Mayhem on the Dark Web 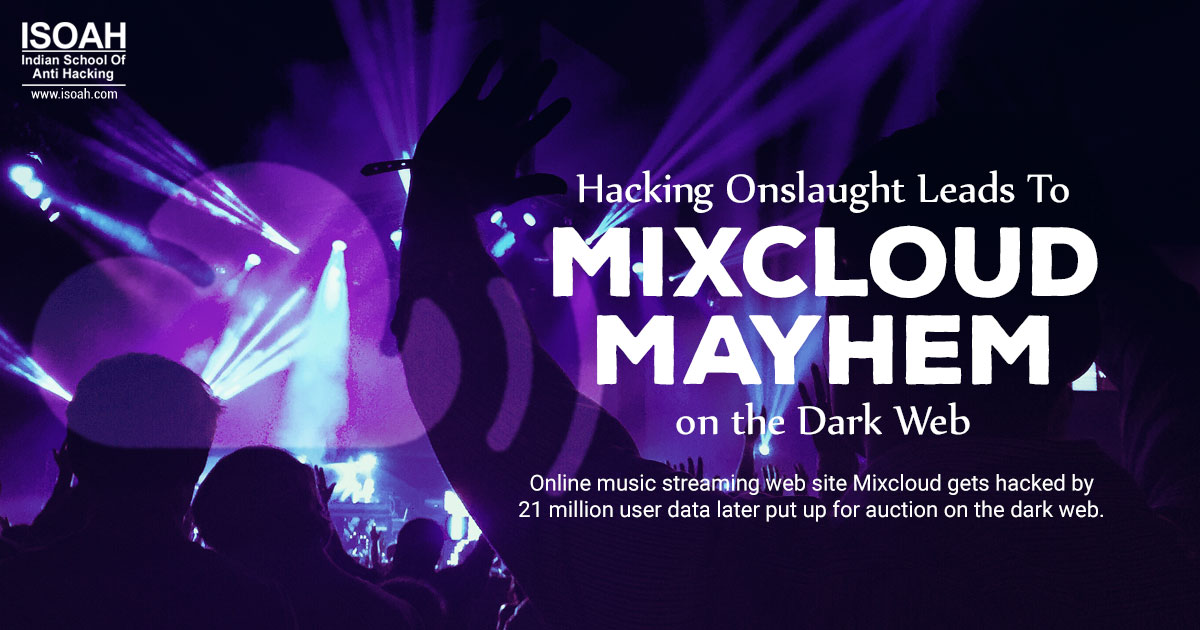 Entertainment now demands a hefty price not just in cash but also in (un)kind.

The hackers are sparing none as reported recently.

Hackers have intruded into the online music channel Mixcloud and stolen a colossal magnitude of its user's data (read 21 million) and put it up on sale on the dark web.

The news of hacking was shared with the media by the hacker himself along with pieces of the hacked data which includes usernames, email addresses, hashed password strings, users' country of origin, registration dates, last login dates, and IP addresses. The breach apparently took place on or before November 13, which is the registration date for the last user profile included in the hacked stock of data.

Mixcloud, after confirming the news has said that most of the hacked users had signed up via Facebook and did not use any password to protect their account. However, for many of the users who had passwords, Mixcloud assured safety saying they passed through irreversible hashing function making it impossible to mess with.

The company however asked all users to reset their passwords for safety sake.

That indicates that the data auctioned on the dark web at present is just a long list of email addresses and uncrackable passwords. The Mixcloud data is being sold for a price of $2,000.

The name of the hacker is A_W_S, and has been associated with multiple hacking with another hacker known as Gnosticplayers.

In this precarious world of virtual vulnerability one needs to be free of all malicious viruses and safety challenging cyber attacks possibilities. Experienced auditing organizations are working towards a hacking free world.

Click here to know about ISOAH which is one of the oldest anti hacking auditing firms in the business.