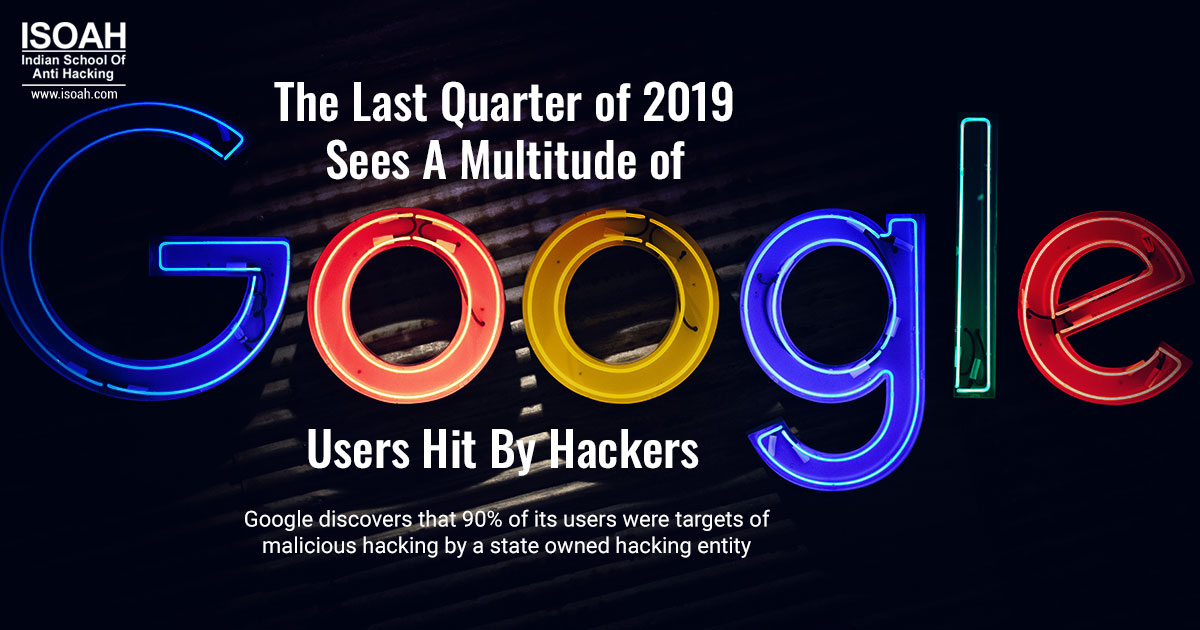 Google discovers that 90% of its users were targets of malicious hacking by a state owned hacking entity.

The world of hacking spares none.

No, not even Google, the ultimate source of useful information which we the netizens cannot do without.

At least that's what has come up in the last quarter of 2019 from a survey.

As per a report published by Google's Threat Analysis Group (TAG), more than 90 percent of the Google users received "credential phishing emails" that tried to cajole the recipients into leaking the details of their Google account.

In a bid to safeguard the security of its users, Google identified and warned over 12,000 of its users who were on the hit-list of a government-backed hacking effort in the third quarter of 2019.

According to Google the alerts were sent out to the enlisted users between July and September 2019. That is the same period of time in 2017 and 2018 that the malicious phishing emails hit the users, who usually are high profile personalities like activists, journalists, policy-makers, and politicians. Common men too received such mails which are not always that harmful. Such mails meant at commoners often mean the account was merely targeted at and not exactly compromised. But a step needs to be taken soon to ward off such attempts.

United States, Pakistan, South Korea, and Vietnam are the countries that were most affected by these 'federal phishing' attempts.

Only in 2018 Google started sending the attack alerts to G Suite administrators so that they could protect their users and the entity from unwanted intrusions.

Steps to secure yourself from such unprecedented hacking includes keeping your apps and software up-to-date and enabling 2-step verification (Google recommends its Authenticator app or a Security Key as the best methods than regular old text message).

In a world of malicious hackers it is always advisable to keep yourself and your organization's account safe by entrusting anti hacking audits to an experienced ethical hacker.